Plain old Lego is a great STEM toy for any age but Lego Mindstorms really kicks up the value a few notches by introducing robotics and programming to your creations.

If your child is at an age where he or she is ready to move up from making models, buying a Lego Mindstorms kit could be the start of an absorbing and educational hobby.

Mindstorms construction kits are much like any other Lego kit in that they include pieces to make several different models and you can also use your imagination to dream up new creating.

What makes Mindstorms different from normal Technic Lego is that the kits include programmable bricks, sensors, motors, matrix displays and processors to turn your Lego model into a fully working interactive programmable robot, vehicle or machine.

These construction sets are a great introduction to robotics and programming (they’re basically little computers disguised as construction sets) and as with any other Lego kit, they’re excellent quality and kids love them 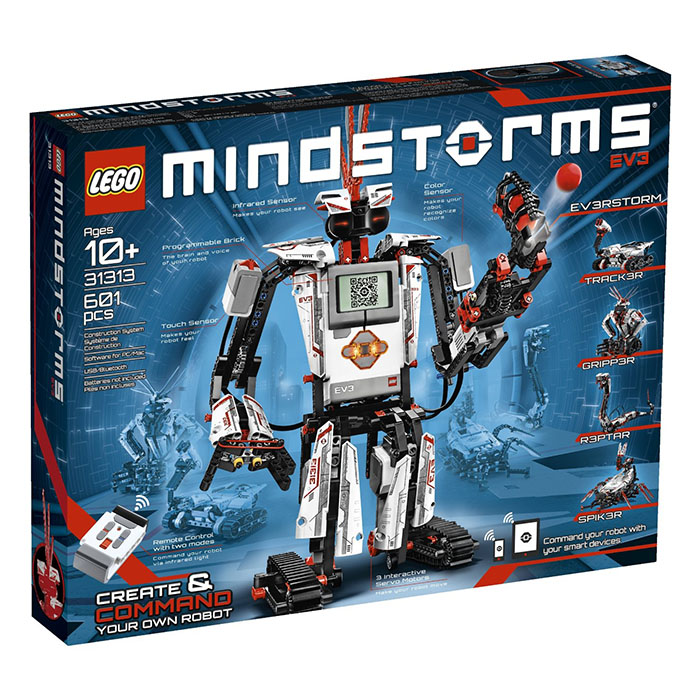 You can build robots that can walk, talk, touch, see, pick up objects and recognize colors. The robots can be controlled from the remote control or via an app that can be downloaded for your smart phone.

The box includes an easy to follow instruction booklet for building one robot and instructions for the other 4 can be downloaded from the Lego website. The programming language for programming the robots is intuitive, easy to learn, and based around visual icons. Lego Mindstorms can also be used with C++, Java and python.

Additional motors and sensors are also available to buy separately, including the ultrasonic sensor that was part of the previous NXT set. 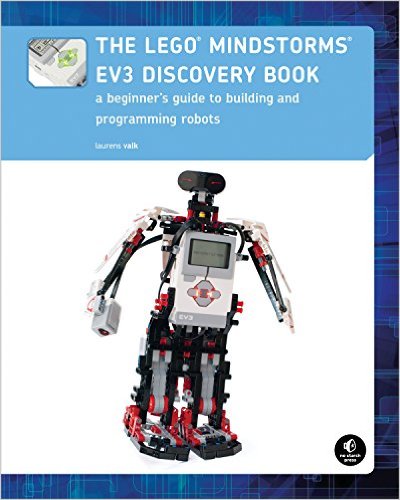 If you want to really learn how to program and get the most out of your EV3 kit, this book includes a full guide to programming and building robots with Lego Mindstorms from scratch:

The guide includes clear full-color illustrations and is presented as a series of challenges that build on previous knowledge and progressively require more skill.

All in all a great study guide for homeschoolers or kids who are just really into robotics and want to get a little more out of their kit than the official Lego instructions.

After working through the projects in this book, kids (or adults!) should have a solid concept of the programming ideas and building skills required and will then be able to use their knowledge to come up with new robots.