Dash and Dot are robots that make coding fun!

Dash is a robot that responds to your voice, navigates objects, dances, sings and more. Dash can be programmed easily using specially designed apps that are created for different age groups and learning styles:

See the full range of Dash & Dot Robots and Accessories 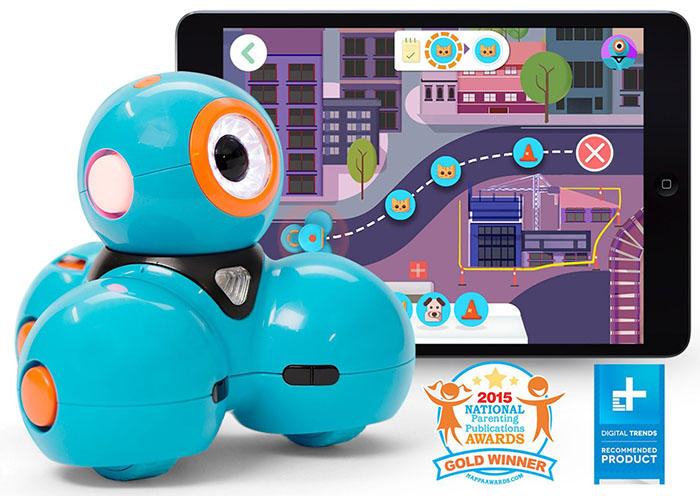 Dash has a range of accessories that can expand his capabilities:

Dash has two large wheels at the front and a small wheel at the back, allowing for a wide range of movement. He has one big ‘eye’ which is surrounded by 12 white LED lights and also has lights in his ears and chest that can change color.

Dash can make and pickup sounds via three microphones and a speaker. He can make a variety of sounds and has a basic vocabulary of words in his own language.

He has four infrared transmitters, three distance sensors to detect obstacles and two robot receivers for communicating with other robots.

Dot is a fun way for kids to learn programming and robotics using the Wonder and Blockly apps described above. Dot doesn’t move around like dash but has programmable lights and sounds.

Dot can be programmed to be a magic 8 ball, hot potato game, and many other things and comes with pre-programmed games that can be played right out of the box.

Dot and Dash can also be programmed to work together. Dot can be used to control dash so for example you can shake Dot to make Dash move or you can hide Dot and program Dash to look for him.

You can buy Dot and Dash separately, together, or in a bundle together with the full accessory pack and xylophone pack for maximum programming play and fun. 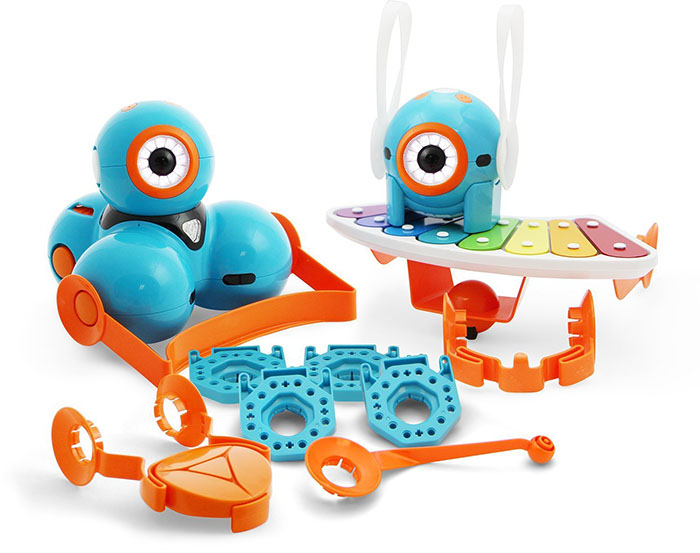 Dot and Dash are compatible with iPhone, iPad and most Android phones (some of the apps do not yet have an Android version but they should do by the end of 2015)

For teachers and homeschoolers, the teachers portal on the Dash and Dot website offers a full coding curriculum with lesson plans, videos and ideas for using the robots within the classroom.